Switching From Ubuntu to Linux Mint 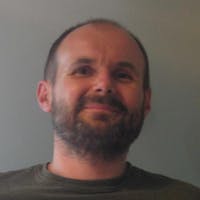 I had been a mostly Windows user up to mid 2018. Then after my hard drive on my laptop got wiped by an over-reacting employee, I decided to give Linux a try. After all, I was starting my life over, why not...

So I installed Ubuntu, which I have dabbled with in the past. It was pretty painless and I found pretty much everything I needed for working as a programmer. I liked the responsiveness, the unparalleled control that Linux gives over what is on the computer and when it runs, etc. Although my laptop is not a top of the line model, it has never been, it still worked very fast.

Back in 2018 the Bionic Beaver was the latest version for Ubuntu desktop. Then last year, Ubuntu 20.0 came out. I was considering upgrading, since overall I was quite happy with it. But after looking at reviews and feedback, I saw a red flag that stopped me from making the switch. And that was the switch from the .deb based installers to Snap based ones which are more bloated and also would auto-update without user input. I hate auto-updating, I had to fix countless computer when I was in the repair business, which got messed up by Windows automatic updates. I wanted to have control over the updates - update what I want and when I want it.

So, I looked up what alternatives there are to Ubuntu. And in the mix Linux Mint seemed to be the best option. I installed it on my backup laptop to test it out and it looked quite promising. At first glance it handled many of the small annoyances I had with Ubuntu (which were far from deal-breakers).

I planned to get my main work laptop switched over, but since it was always in use in projects, I couldn't find a big enough time slot to do it. Then the beginning of this year, I decided to take a week break from work projects and catch up on other things that I've been putting aside for months. One of these was to set up Linux Mint on my work laptop.

So a couple of days ago, I did the switch. I had a couple of spare 120Gb SSDs, so I just took out the SSD with Ubuntu and did a clean install of Linux Mint on one of the spare SSDs. It was just out of caution, in case something got messed up and I can't get the system up and ready for production by the end of my vacation, then I could just snap the SSD back in.

But fortunately, everything went smooth. The install itself was about half an hour, including the downloading of the ISO and switching of the SSDs. Then the rest of the afternoon I installed the main apps and loaded my files back. The following day, I discovered some other apps that I occasionally use, and installed and configured them too. Now, I have a working, production ready, full up-to-date system without the crud that I accumulated over the years (which is pretty much inevitable, no matter what OS you use).

The impressions so far a pretty good. I feel no reason at all to go back to Ubuntu. Here are the pluses that I found so far:

These are really minor and the first one is present in Ubuntu as well.

Overall, I'm quite a happy camper and I can only recommend using Linux Mint for anybody.